Your Account
Your Wishlist
No products in the basket.
£0.00 Basket

The intriguing history of gifting on Valentine’s Day

A beautiful piece of jewellery with timeless quality and design can mean many things throughout its lifetime but the diamonds and gemstones which made it are romantic treasures, created deep in the heart of our planet and destined for love. Gemstones are handled with the utmost care whilst still in their natural state, they are cut, polished and designed with expertise into exquisite pieces.

It is easy to see why jewellery and Valentine’s Day are so intertwined.

Although a rather famous advert campaign in America during the late 1930’s initiated the rise in popularity and value of the diamond engagement ring, the concept of giving rings to signify an engagement had already been in existence since the end of Medieval times.

An early and trend setting example of a diamond engagement ring was that of Archduke Maximilian of Austria in the imperial court of Vienna in 1477 to signify his betrothal to Mary of Burgundy. Subsequently those with significant wealth began giving diamond rings to their loved ones too.

Whilst that was not actually on Valentine’s Day it is uncanny that in the same year that Maximilian proposed with the first recorded example of a diamond engagement ring, here in England, a Margery Brews from Norfolk wrote a letter to her cousin John Paston, calling him ‘my right well beloved Valentine’ which is the earliest known Valentine’s letter.

St Valentine was a 3rd-century Roman martyr who was persecuted for his Christian faith. Very little is known about him and if there are any direct connections to love and romance in his life story. His demise came during a Roman feast which celebrated love and fertility in a little more carnal way than is usual today.

It is now widely perceived that this connection to love on February the 14th originates with Geoffrey Chaucer’s Parliament of Fowls, a poem written in the late 14th century. The poem describes birds gathering in the early spring – on ‘Seynt Valentynes Day’ – to choose their mates for the year and may have begun the Valentine’s Day tradition which we know today.

While Diamonds and other precious gemstones such as Sapphire, Emerald or Ruby are the natural choice when choosing an engagement ring, the gift of other jewellery on or around Valentine’s Day can be a significant and romantic gesture which can mark a betrothal, strengthen an existing bond or even show appreciation for a long standing friendship.

Choose a fashionable brilliant cut diamond cluster ring or a trilogy ring for that all-important proposal or perhaps a sumptuous deep red natural ruby, diamond and gold triple cluster ring. Your choice made with love, will never fail to be treasured forever.

Whatever you choose, a special piece of jewellery will be a lasting symbol of enduring love and in the fullness of time, that piece may be passed to a new generation where it may hold a different sentiment, but it will still fundamentally be all about love.

For gift ideas for your loved ones this February browse our Valentine Jewellery here. 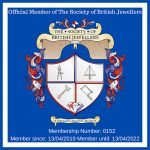 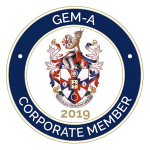